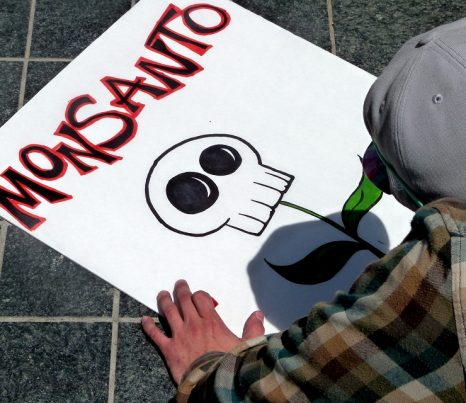 A San Francisco jury found Monsanto (now owned by Bayer) liable for the glyphosate-induced cancer of Dewayne Johnson, who is dying from non-Hodgkin’s lymphoma. Johnson sprayed glyphosate 20-30 times per year on public school grounds (near children, no less), and he was twice “doused” with glyphosate due to malfunctioning equipment.

Monsanto — which has been responsible for the mass chemical poisoning of our world going back more than 40 years — hid scientific evidence proving glyphosate caused cancer, pretending that glyphosate was as “safe as salt.”

“This jury found Monsanto acted with malice and oppression because they knew what they were doing was wrong and doing it with reckless disregard for human life,” said Robert F. Kennedy Jr., founder of the World Mercury Project. “This should send a strong message to the boardroom of Monsanto.”

“Johnson’s cancer has caused him to develop lesions over 80 percent of his body. He spoke in court about how the lesions tore into his self-confidence, embarrassed his children, and kept him from going out in public,” reports CBS News in San Francisco. Monsanto was ordered to pay $250 in punitive damages (for engaging in intense evil and deception), plus another nearly $40 million actual damages.

Monsanto intimidated and silenced whistleblower scientists to cover up the truth

“Johnson’s lawyers argued over the course of a month-long trial in San Francisco that Monsanto had “fought science” for years and targeted academics who spoke up about possible health risks of the herbicide product,” reports the UK Guardian. The news publisher goes on to report:

In the extraordinary verdict, which Monsanto said it intends to appeal, the jury ruled that the company was responsible for “negligent failure” and knew or should have known that its product was “dangerous”.

“We were finally able to show the jury the secret, internal Monsanto documents proving that Monsanto has known for decades that … Roundup could cause cancer,” Johnson’s lawyer Brent Wisner said in a statement. The verdict, he added, sent a “message to Monsanto that its years of deception regarding Roundup is over and that they should put consumer safety first over profits”.

More than 4,000 lawsuits have already been filed against Monsanto over similar claims

If decided similarly, these glyphosate lawsuits could subject Monsanto / Bayer to over $1 trillion in financial liability — enough to completely bankrupt the corporation and end its mass poisoning of humanity.

In the video below, I call for Monsanto to be put out of business through civil lawsuits and criminal prosecutions of Monsanto executives, all of whom have knowingly mass poisoned hundreds of millions of human beings for the last four decades.

Watch the video at Brighteon.com: