Equifax Executives Should Be ARRESTED! (Video) 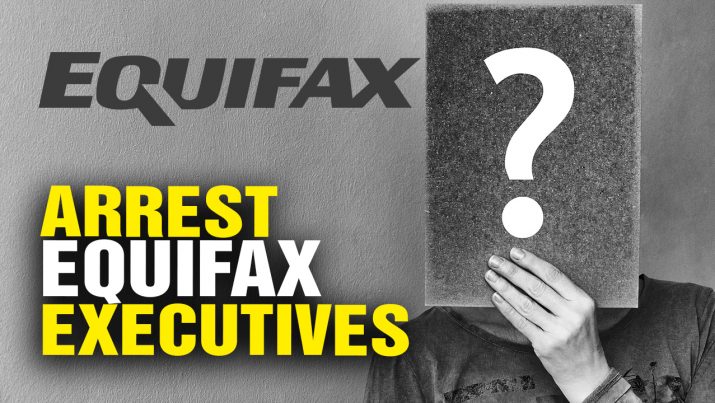 Did you ever give Equifax permission to gather and then LOSE all your personal credit information, social security number and credit card numbers?

NO! But Equifax executives allowed all that information to hacked and stolen, compromising your financial future.

Podcast Transcript: “By now you’ve heard about the Equifax hack that exposed, but lost the Social Security numbers, credit card details, names, addresses – everything – of a hundred and forty three million people. Probably including you by the way. Equifax CEOs dumped their own stock, insider selling, in an all-time peak right before they went public with the announcement that they had lost all this information – or hackers have broke through and stolen it. It now turns out that Equifax refused to spend adequate money on network security firewalls, hacker protection, hacker defenses and things like that. But here’s the best part – so, Equifax has been giving away a free year to their service – some kind of a premium identity theft protection
system, which is obviously total junk, because they can’t defend themselves against hackers. But if you go in and sign up for that free year, you have to waive your right to participate
in a class-action lawsuit against them…” Listen to the full podcast below:

Learn more at Collapse.news and Cyberwar.news

Equifax executives should be ARRESTED! from NaturalNews on Vimeo.