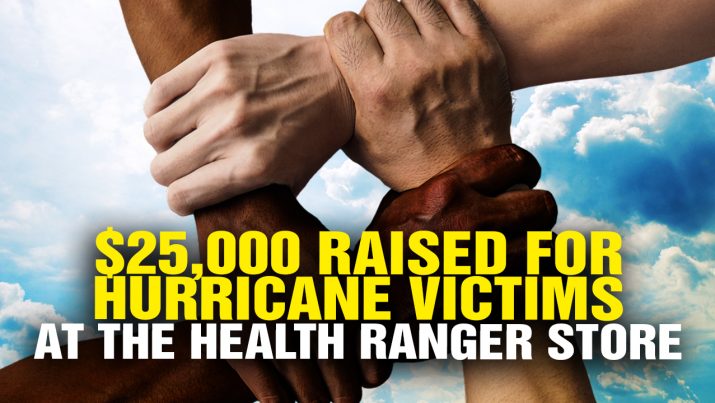 The goal is to raise $50,000, and a detailed report of the final amounts raised and donated will be posted on http://NaturalNews.com.

Podcast Transcript: “Here’s an update on the fundraiser of Hurricane Harvey victims in Texas. If you go to the Health Ranger Store, you can see the progress chart there about how much money that we’ve raised with your help to get to Hurricane Harvey victims. Now at the time I’m recording this, it’s almost $25,000. That’s in one day, well less than one full day actually, and we were kind of late getting the news out. So, we will easily get over $25,000 in funds raised today. That will be sent directly to the groups that are helping people on the ground in Houston – or other affected areas. Perhaps Corpus Christi. We’re putting together the actual final list right now of where we’re sending the money. We’ll bring you the full report of exactly which groups we’ve donated to and exactly how much money that we’ve sent them…” Listen to the full podcast below:

$25,000+ raised for Hurricane Harvey victims (and counting) from NaturalNews on Vimeo.