Republicans refuse to “own” Obamacare as it collapses (Video) 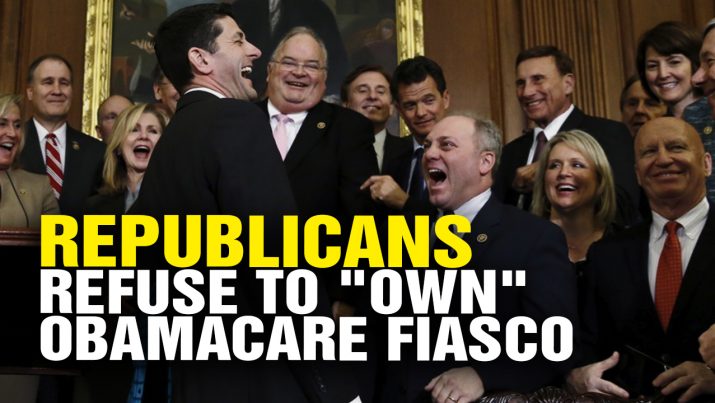 Why are Senate Republicans refusing to pass health care reform? Because they don’t want to “own” the disastrous Obamacare system that’s headed for imminent implosion.

Podcast Transcript: “In the aftermath of the Republican controlled Senate rejecting the Obamacare repeal effort, here’s an analysis that you probably won’t get anywhere else – I don’t know, maybe you will but it’s certainly not the mainstream analysis. Thank you for joining me though. This is Mike Adams here, the Health Ranger for NaturalNews.com. You’ve got to step back on this and first realize that the Obamacare system – what’s called the Affordable Care Act – was always designed to fail from the start. It was designed to fail so that then a President Hillary Clinton could call for a Universal health care system – a government-run single payer health care plan. The Obamacare system was only a stop gap measure to mandate participation in this system. They knew it would bankrupt the insurance companies. They knew it would collapse. They knew health care costs would skyrocket as they have done ever since the passage of Obamacare. They knew all of this would happen. It was all designed to fail. Now this is why the Democrats wanted the Republicans to take over ownership of this failing system…” Listen to the full podcast below:

Republicans refuse to “own” Obamacare as it collapses from NaturalNews on Vimeo.