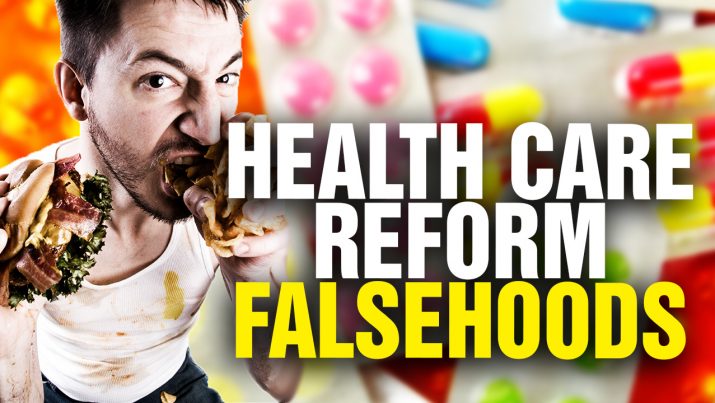 In his recent podcast, Health Ranger Mike Adams stressed that today’s generation do not realize that their current lifestyle choices, such as eating toxic foods or pesticide-laden produce, may greatly contribute to future healthcare spending. According to the Health Ranger, what most people do not realize is that they contribute to these future costs by choosing an unhealthy lifestyle. According to Adams, most people fail to see the bigger picture and the potential future costs associated with debilitating diseases such as diabetes, heart disease and cancer.

Adams is the man behind CounterThink.com, FoodInvestigations.com, HealingFoodReference.com, HonestFoodGuide.org and many other websites that focus on natural health. The Health Ranger is a renowned author of countless scientific articles, and spearheaded the creation of the open source publication National Science Journal. Mike Adams is also the founder of CWC labs, which specializes in the analytical testing of foods and dietary supplements. Adams is known as the best-selling author behind the book Food Forensics. Adams also oversees the online specialty store Heath Ranger Store, which provides an array of natural food and medicinal products.

What’s worse is that other people are taking the brunt of the costs of poor health across the population. The Health Ranger stressed that today’s mindset on health care has worsened due to a self-entitled culture. According to Mike Adams, the proliferation of government-supported health insurance programs only make people all the more neglectful of their health. The Health Ranger explained that the coverage that people get from these insurance schemes prevent them from price shopping for other alternative treatments.

He likened the situation to buying a car. According to Adams, if people had the chance to own a car which the government would pay for, they would immediately rush to choose the best, most luxurious models. This is what is happening in the healthcare setting, the Health Ranger stressed. The reason why future healthcare costs will blow up is because the people feel entitled to choose costly procedures and treatments because the government and other people will shoulder the expenses anyway. People do not price shop, do not compared the efficacy of treatments, and do not make economic decisions for their own interest, the Health Ranger added.

Mike Adams proposed a much better healthcare scheme called a voucher system. In this semi-socialized medical system, the nation’s poorest individuals will be given vouchers that they can use for a variety of health care services such as dietary supplements, chiropractic care, and hospitalizations, as well as cancer treatment and alternative medicine. The system will then prompt the individuals to use their vouchers wisely. People with unused voucher points can carry over those points in the following month’s vouchers, enabling them to save up points for more intensive treatments, the Health Ranger explained.

The Health Ranger also proposed creating an online survey for these vouchers. In the survey, the people will be able to rate the facilities, clinicians and centers depending on their efficacy and overall patient satisfaction. The system will then eventually create a database of the most effective treatment centers and practitioners to help patients determine where they can use the vouchers. Adams stressed that the voucher system might still have insurance allowance for certain conditions such as fatal accidents or rare forms of diseases.